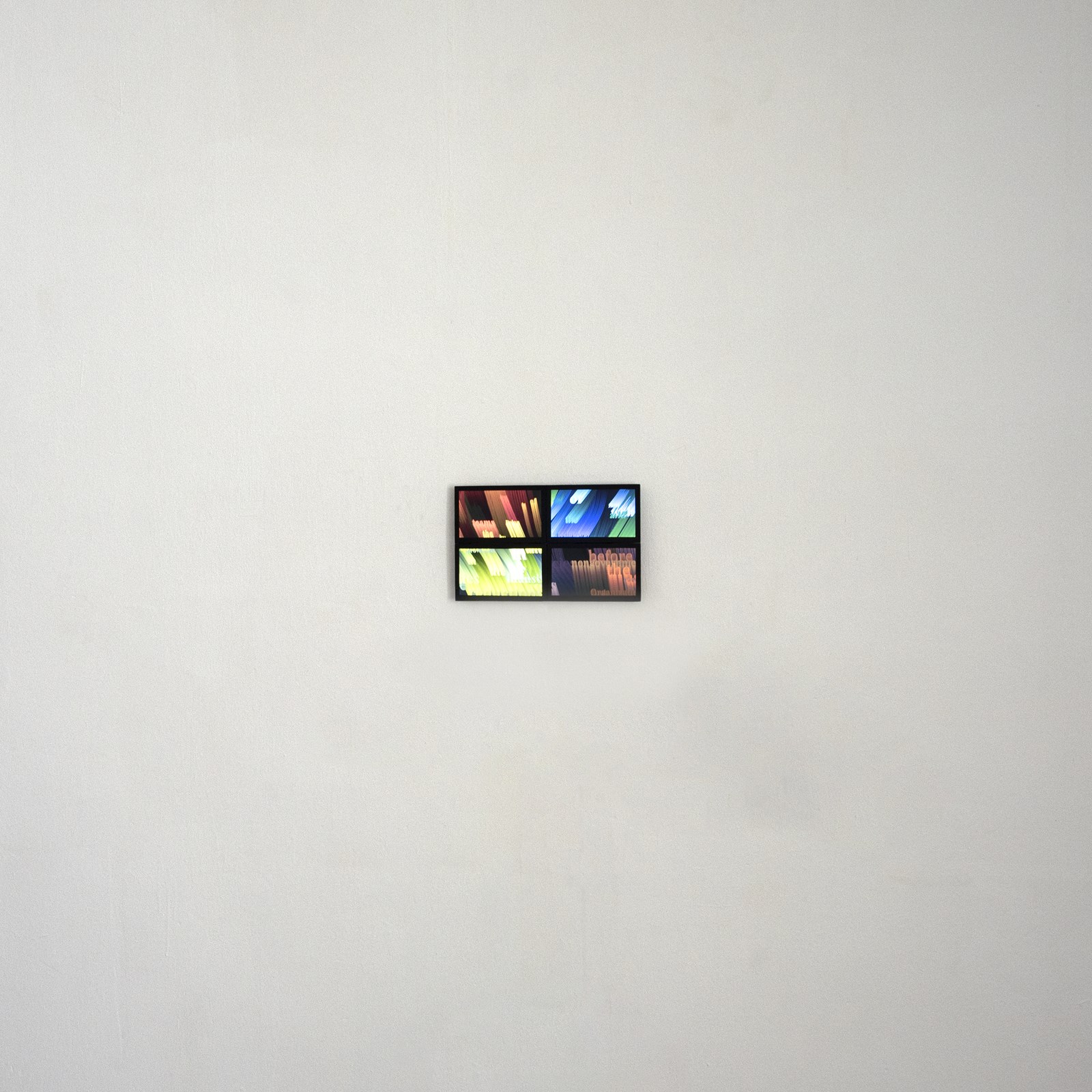 Descargar
Descargar
/ 2
/ 2
Four recent international documents on the environment -the Paris Agreement, the Kyoto Protocol, the Montreal Protocol and the Rio de Janeiro Earth Summit - have received serious setbacks in recent months. The political winds of the moment favor isolationist nationalisms that render inviable the necessarily global effort to solve what is clearly one of the greatest challenges of our time: climate change.

Ráfagas Small excerpts the texts of the four environmental documents mentioned above and distorts them according to the winds occurring in the cities where they were signed. Connected to the internet, the four small screens show in real time the words from these texts being transformed by the winds. Ráfagas Small, is a political metaphor that explores how the weight of the words, and the laws that sustain them, are fundamental for the protection of the human species, and the planet.