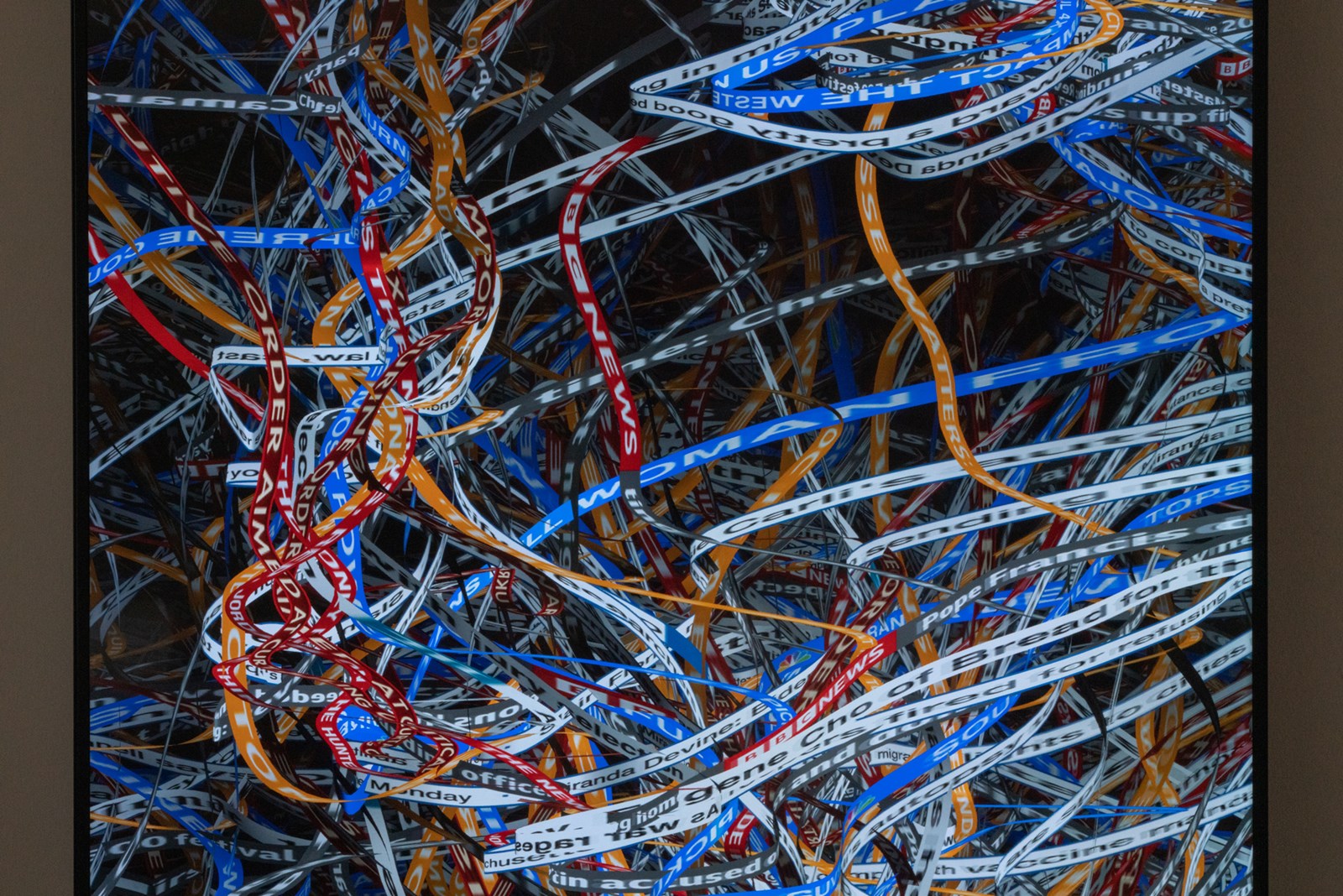 
Chyron belongs to the Pixelweaver series, which draws on textiles as a metaphor for the social fabric created, and sometimes destroyed, by the news. These artworks pay tribute to the close relationship between information technology and textiles, beginning with the jacquard's loom in the early nineteenth century, considered by many historians to be the first computer. For this new series, Studio Daniel Canogar has developed a virtual loom based on craft techniques. This algorithmic tool enables the creation of a wide range of patterns from different sources or "wool balls".